Lord Rayden, can you send someone over there? 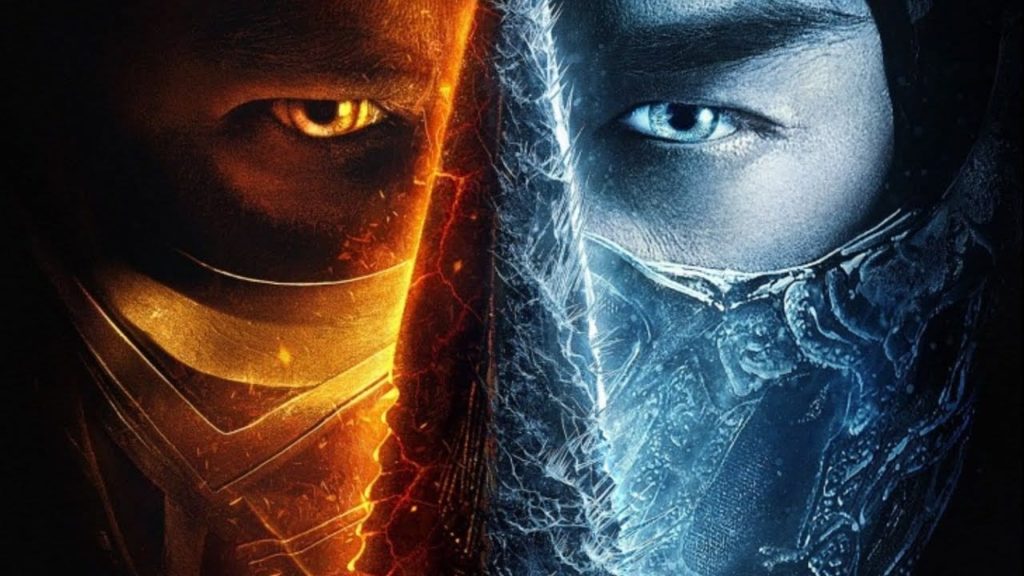 Mortal Kombat, the new adaptation of the legendary fighting game series, has amazed fans of the franchise with a fun trailer that promised great fights and stunning special effects. The film has finally arrived, both in theaters and on HBO Max, and it delivers on the first of its promises, with the second more or less accomplished. But he doesn’t offer anything else, and I don’t think many players willing to give him a chance will come away satisfied.

Cole Young, a master martial artist, is thrust into the world of ancient orders and mystical warfare when he is recruited to participate in a tournament called Mortal Kombat. With the fate of the world at stake, Cole and his fellow warriors must hone their combat skills and use their inner magical powers to defeat the forces of Outworld, led by Shang Tsung.

Mortal Kombat is a weird movie. It feels like the filmmakers knew they were going to redo the 1995 version of the film (it’s a pretty good film) and tried to make it something new, but ended up losing a lot of what makes the story so interesting in the first place. For example, there’s the odd decision to create an entirely new character as the protagonist instead of using one of the game’s many characters. Cole Young could easily be Liu Kang, traditionally the main protagonist of Mortal Kombat. Liu Kang is present in the film, but he plays a mentor of sorts, as does his cousin Kung Lau, both of whom work under Raiden to prepare the Champions of Earth for Kombat. Why do two – in fact three – characters have the same function? Let Kung Lao be the coach and let Liu Kang take his rightful place in the spotlight. Cole isn’t particularly attractive, there’s nothing to him, and his story is so thin it’s barely there. It’s an unnecessary complication, something newcomers won’t appreciate and will only irritate fans who will see their favorite fighters pushed aside in favor of the newcomer.

Unnecessary complications abound in Mortal Kombat. This movie is not about a Mortal Kombat tournament, but about Shang Tsung trying to make sure the tournament never happens by killing the champions of Earth before it starts. If it can do that, isn’t Mortal Kombat redundant? What rules can this tournament have if it is allowed to kill all opponents before the tournament starts? The sanctity of the tournament forbids it; although there are rules against interference, as in the first film, Shang Tsung must keep his demonic minions at bay until every match. The build-up leads to new leaps in logic when Shang Tsung sends his henchmen to kill the warriors one by one instead of just destroying the temple when they are all together.  And if Shang Tsung can kill people, why can’t Rayden kill a world champion? He gives an apology halfway through, but later points out that he doesn’t have to follow the rule. This is another stupid plot hole that could have easily been closed. 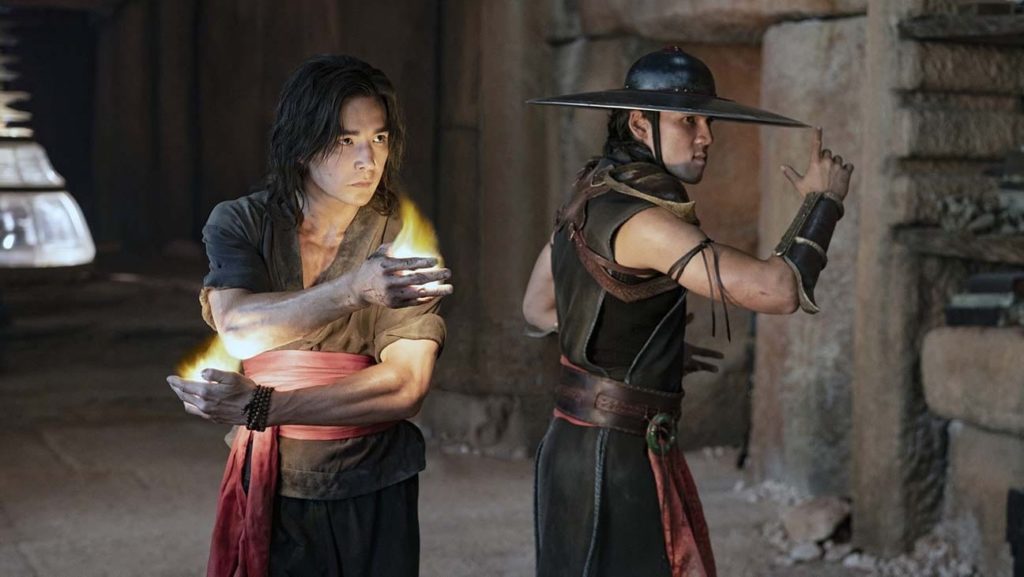 The reason these points stand out so much is because Mortal Kombat as a whole is a bad movie. By making the story more complex than it needs to be, the film feels rushed, as if a ton of information needs to be released as quickly as possible to move the plot forward. None of the interpretations are good, with the exception of Hiroyuki Sanada, who barely appears in the film. Everyone is either overrated or underrated, resulting in characters that range from exaggerated caricatures to wooden blocks. Kano must be the worst; he’s a reckless windbag whose murderous past isn’t nearly as disturbing as his disgusting present. The dialogue follows the master, with basic lines about the fate of the world, destiny, and mysticism interspersed with the most outrageous humor this side of Madea (and be prepared to roll your eyes when they insert famous lines from the games into the film). Kano is once again the worst offender, constantly making jokes that are so bad you can hear the actor groaning in his head when he says them. There are moments of climax without build up, full of inconsistencies and, for fun, blatant talk. Mortal Kombat does everything it can to earn an R rating, and that includes making the characters swear as much as possible; that would be fun, but there’s no art to the dialogue, making it seem like they’re just laughing at the naughty words they know.

The R rating also applies to the fights, and Mortal Kombat contains plenty of action, most of which is good. The opening scene is by far the best of the film, with a stunning spectacle that gets the blood flowing and shows what Kombat would look like later on. Perhaps to make up for the PG-13 rating of the 1995 film, this version of Mortal Kombat doesn’t shy away from showing the brutality of the fights, and for the most part, that’s cool. I say mainly because the special effects diminish so often as they float. Some are fantastic, especially the lower buttons like Liu Kang’s firepower or Podzer’s ice bar. But some of the more complex ones are silly and not much better than what was possible with CGI in the 90s. When the grumpy ones show up, they are violently defeated. Jax’s metal hands are some of the most sophisticated digital performers I’ve ever seen. The production costs are also much lower than I thought. The Outworld and Temple of Raiden scenes were clearly shown on set, and those sets look cheap and typical. You are never carried away, never transported to another world, and that is fatal to a great story. 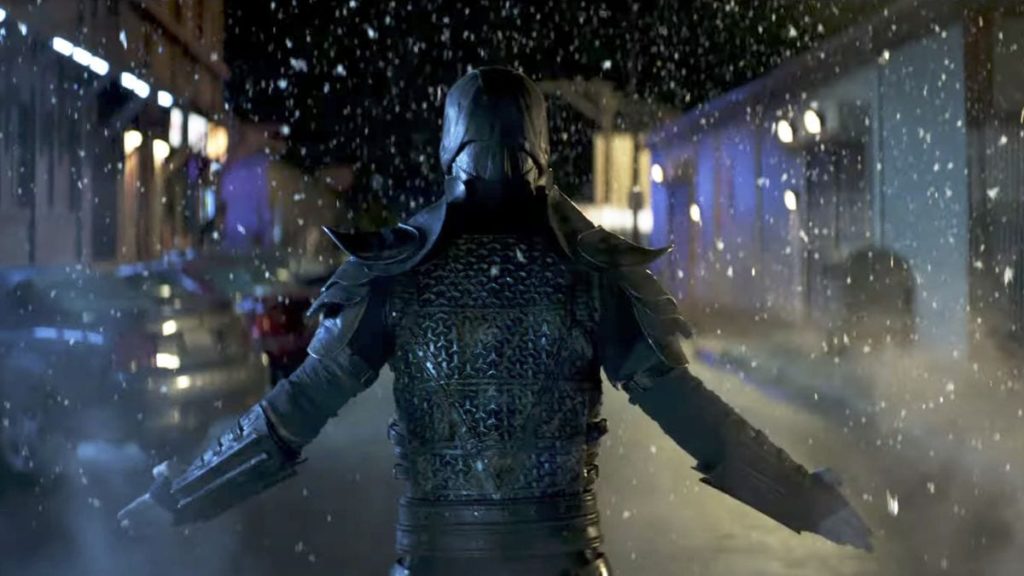 I wasn’t expecting much from Mortal Kombat, but it still disappointed me. The action works for the most part, and some of the special effects are good, but the plot doesn’t make sense, the action is confusing, the dialogue is terrible, and the special effects, which are not good, are very, very bad. You’re better off looking for a 1995 film; you might find it better than you remember, and even if you don’t, it’s much better than that.

I wasn’t expecting much from Mortal Kombat, but it still disappointed me. The action works for the most part, and some of the special effects are good, but the plot doesn’t make sense, the action is confusing, the dialogue is terrible, and the special effects, which are not good, are very, very bad. You’re better off looking for a 1995 film; you might find it better than you remember, and even if you don’t, it’s much better than that.